Check back here for upcoming events 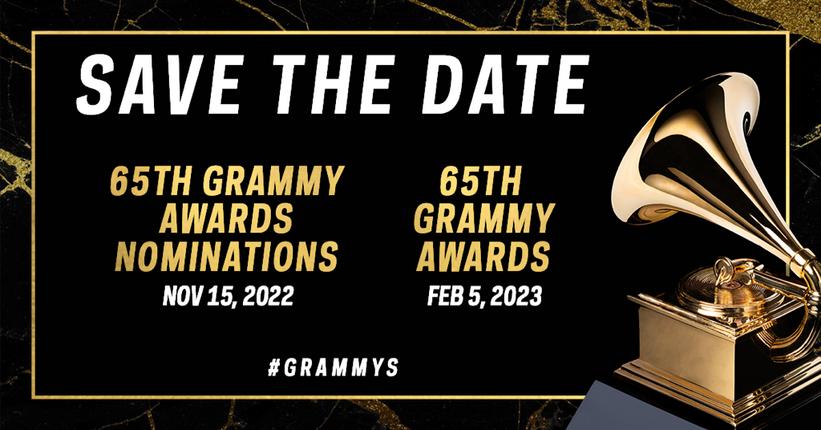 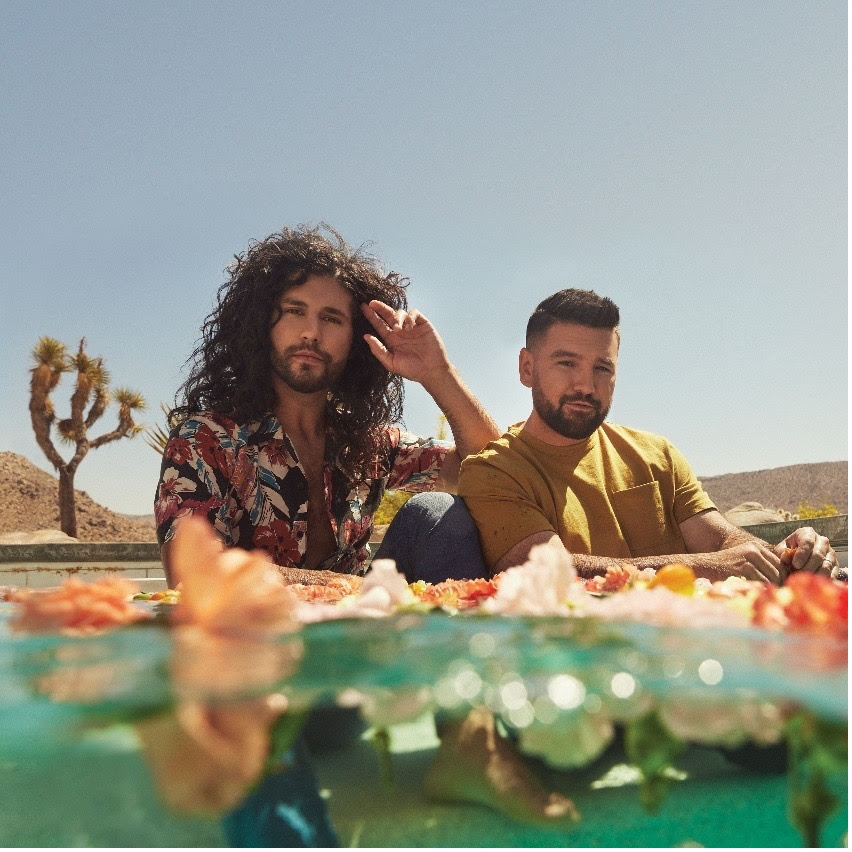 DAN + SHAY and CYNDI LAUPER are set to perform and help present at the 65th Annual GRAMMY AWARD nominations livestream TOMORROW (11/15) at 9a (PT)/12p (ET) live from the GRAMMY MUSEUM. They join previously announced presenters, including Country artist JIMMIE ALLEN, “CBS MORNINGS” anchors NATE BURLESON and GAYLE KING, MACHINE GUN KELLY and more (NET NEWS 11/10). The 65th Annual GRAMMY AWARDS returns to LOS ANGELES’ CRYPTO.COM ARENA on SUNDAY, FEBRUARY 5th, 2023, and will broadcast live on the CBS and stream live and on-demand on PARAMOUNT+ at 8p (ET)/5p (PT). The full list of nominees will be published on live.GRAMMY.com and GRAMMY.com, and announced via a press release immediately following the presentation. Read More

It’s never a dull night when country music kicks it up on stage at the CMA Awards. Enjoy some of the hottest performances of the night right here at Country Music News Blog! Read More

The country music community gathered for the 56th annual CMA Awards Wednesday night (Nov. 9) at Nashville’s Bridgestone Arena. The night’s top honor, Entertainer of the Year, went to Luke Combs for the second time. He also was awarded his second Album of the Year trophy for Growin’ Up. Chris Stapleton took home his sixth Male Vocalist of the Year honor, making him the fifth most-winning artist in CMA Awards history behind Brooks & Dunn, Vince Gill, Alan Jackson and George Strait. He also became the most-winning artist in the Male Vocalist category. Lainey Wilson, the first-time honoree who was the most-nominated artist of the evening, won New Artist of the Year and Female Vocalist of the Year, joining Alison Krauss and Carrie Underwood as the only other artist to win both Female Vocalist and New Artist in a single year. Jordan Davis took home Song of the Year for his duet with CMA host Luke Bryan, “Buy Dirt.” Davis co-wrote the hit with his brother Jacob Davis and another set of hit-making brothers Josh and Matt Jenkins. Single of the Year went to Cody Johnson for “‘Til You Can’t,” who also took home the award for Music Video of the Year for the tune prior to the telecast. Brothers Osborne won Vocal Duo of the Year for the sixth time. Old Dominion took home Vocal Group of the Year for the fifth time. Carly Pearce and Ashley McBryde took home Musical Event of the Year for their “Never Wanted To Be That Girl” prior to the telecast. Fiddler Jenee Fleenor was named the CMA Musician of the Year. A full list of CMA Awards honorees is below (winners in RED): ENTERTAINER OF THE YEAR– Luke Combs– Miranda Lambert– Chris Stapleton– Carrie Underwood– Morgan Wallen SINGLE OF THE YEARAward goes… Read More

Toby Keith Returns To The Stage 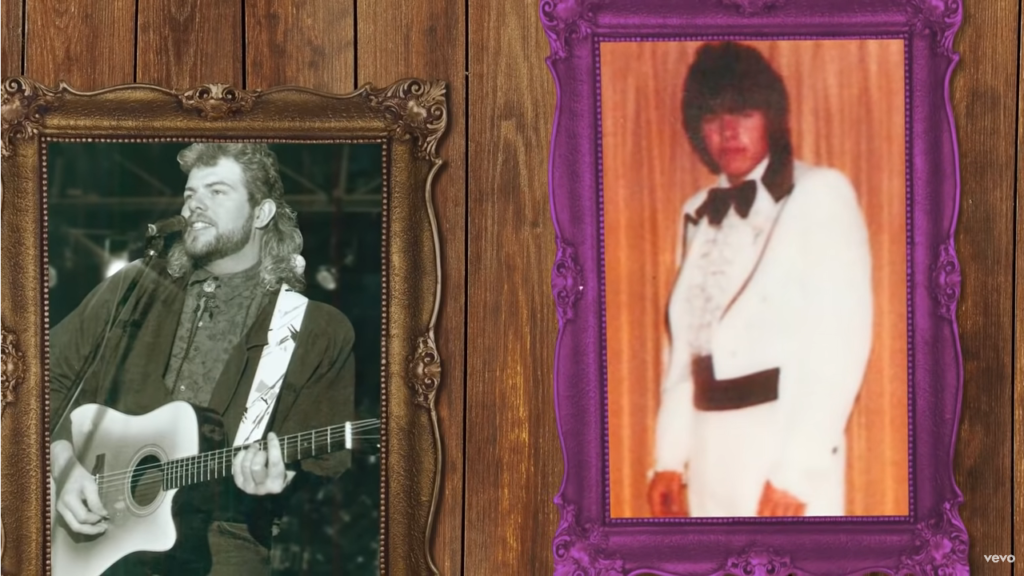 TOBY KEITH returned to the stage for the first time this past weekend since revealing his cancer diagnosis. The artist made an appearance at JEFF RUBY’s STEAKHOUSE in LEXINGTON on FRIDAY, NOVEMBER 4th. KEITH was visiting the southern town for the 2022 BREEDER’S WORLD CUP CHAMPIONSHIP event at KEENELAND RACE COURSE and decided to perform an impromptu set. Restaurant owner, JEFF RUBY, documented the hour-long set and shared videos posting on TWITTER, “Grateful for my good friend @tobykeith. Rocking our LEXINGTON stage after a year of kicking cancer’s a*.” KEITH added, “I’ve been knowing this guy for a long, long time. I just told him back there, I just came from LONDON and FRANCE for 14 days to get back to BREEDER’S CUP. I just ate the finest fcking meal I’ve had in 14 days. JEFF RUBY’s has the baddest a—steak on the freaking planet, y’all.” Read More

Ah shit, here we go again… Many of us loved watching That ’70s Show back when it was on air. From Fez, Hyde, Donna, Jackie, Kelso, and Eric, a bunch of teenagers trying to navigate their way through the ’70s, it was comedy gold. With that being said, Netflix and That ’70s Show creators Bonnie and Terry Turner have teamed up to release a brand new concept based off the original, called That ’90s Show, and the trailer dropped today… And it looks terrible (well, at […] The post Netflix Drops Trailer For ‘That ’70s Show’ Sequel, ‘That ’90s Show,’ & It Looks… Pretty Awful first appeared on Whiskey Riff. Read More

Country music under the gorgeous skies and scenery of Montana? Is that Heaven? No, it’s the Under The Big Sky Festival, so it’s pretty dang close to it. Slated for July 14-16 2023 at Big Mountain Ranch in Whitefish, Montana, the festival features some of the best outlaw country, folk, bluegrass, Americana, and rock music in the game right now. Big Mountain Ranch features 350-acres of gorgeous scenery, and the festival will include a whole rodeo as well, along with […] The post Hank Williams Jr., Zach Bryan, Ryan Bingham, Whiskey Myers & More To Play Under The Big Sky Festival 2023 first appeared on Whiskey Riff. Read More

Yikes… This is exactly what you don’t want to see while you’re out for an afternoon hike just trying to stay active and outside. As someone who worked in the woods for a while, seeing a cougar is always in the back of your mind. They are probably the most feared animal in our woods and there’s a good reason for it. They are absolute assassins of an animal… they hit fast and hard going right for the kill zone […] The post Cougar Goes Running Right Past Hiker On Boardwalk At Florida Nature Park first appeared on Whiskey Riff. Read More

If you watched the CMA Awards this year, then you know that Cody Johnson was a nominee for New Artist of the Year. Don’t get me wrong, ol’ CoJo has been killing the mainstream country scene over the past couple of years and is new to country music radio, especially after his successful 2021 Human The Double Album. However, the OG Cody Johnson fans know that the man was a Texas country legend for a decade before he signed to […] The post Throwback To Cody Johnson’s 2006 Song “The Fiddle’s Gone,” An Early Middle Finger To Country Music Radio first appeared on Whiskey Riff. Read More

Riley Green On Koe Wetzel And His Unique Brand Of Texas Country: “It’s So Hard To Have Your Own Genre… Koe’s Got A Cool Thing”

Riley Green knows a thing or two about real deal country music. And he recently stopped by for an episode of the Whiskey Riff Raff podcast to talk about growing up in Alabama, his writing process and how he goes about putting out music, his favorite hunting stories, and he also had a little bit to say about Texas’ finest, Mr. Koe Wetzel. Koe opened for Riley not too long ago at the Georgia Rodeo in Athens, and Riley said it was […] The post Riley Green On Koe Wetzel And His Unique Brand Of Texas Country: “It’s So Hard To Have Your Own Genre… Koe’s Got A Cool Thing” first appeared on Whiskey Riff. Read More

“The Biggest little radio station in the nation”

Mo-Fri 6AM-10AM The Coffee Pot Show (Your favorite Classic Country and the songs you request).